Shopping Cart
Your Cart is Empty
Quantity:
Subtotal
Taxes
Shipping
Total
There was an error with PayPalClick here to try again

Thank you for your business!You should be receiving an order confirmation from Paypal shortly.Exit Shopping Cart

Check here regularly to see the latest news on the Bath Grounds. To download our regular Newlsetters please see the separate Newsletter page.

Many thanks to everyone who has responded to our on-line consultation on the Footpath Project. We are closing the Consultation on Friday 12th September, but there is still time to have your say. Just go to the Projects page of this site.

We have now launched an on-line public consultation about our Footpath Project. We need as many reposnses as possible to show potential funders that Ashby is enthusiastic about a new footpath around the Bath Grounds.

For full details of the Project and to take part in the consultation please go to the Projects page of this website.

Confirmation of Houses Application Withdrawal but the Fight Goes On

The District Council has now confirmed that Oakland Hotels have withdrawn their planning application to build 5 "villas" on the Bath Grounds. This is a great victory in our battle to defend and protect the Bath Grounds for the Ashby community and we thank all our supporters for their help in this achievement. You may well have seen the Ashby Times article published today.If not you can find a link on our "Campaign" page.

However we cannot afford to be complacent. Oakland Hotels still have plans lodged for development of the Royal Hotel including 2 unsightly new buildings on the current hotel car park. Also, whist the Bath Grounds remain in private ownership, there is always a danger of further attempts to build on them. Our campaign will now turn to working with the Town and District Councils to ensure that they are properly protected in the new Neighbourhood and Local Plans and ideally to achieve community ownership of the grounds. Should the latter not be possible then we need to ensure that there is no impediment to the Town Council renewing their lease which expires in 2023 (see details below). We are also working with the Town Council to improve the grounds for community use and at their September 15th Parks and Cemetery Committee meeting we will be presenting our detailed suggestions for a properly constructed path for pedestrians and wheelchair users between the South Street and Prior Park Road entrances. We will be posting details of this project and a consultation document shortly.

We have just heard that the Planning Application to build 5 large houses on the Bath Grounds has been withdrawn. This has still to be confirmed by the District Council but we understand that Oakland Hotels have withdrawn their proposal due to the numerous objections, not least by the Friends of the Bath Grounds and all our supporters.

So thank you to everyone who joined the campaign and sent in a letter of objection or signed the petition.

However, we understand that Oakland Hotels have NOT withdrawn the applications to extend the Royal Hotel and build two horrid annexes on the car park. So that fight must continue.

Applications Not To Be Considered at August Meeting

The Agenda for the August meeting of the North West Leicestershire Planning Committee has been published. It does NOT include the Bath Grounds Planning Applications. So the earliest they could now be considered is at the 2nd September.:D

With the school holidays and long evenings upon us, we are seeing increasing levels of antisocial behaviour (ASB) on the Bath Grounds. This is intimidating to other Bath Grounds users and puts the Community off using the Bath Grounds for their legitimate pleasure and recreation.

We reproduce below the text of a letter we sent this week to the District Council and the police regarding one such recent incident.

You can help enormously if you also report any incidents you witness. The more reports the police receive, the more they will have to take these issues seriously and increase their level of patrols through the grounds.

You can report incidents to the police at http://www.leics.police.uk/local-policing/ashby/team#.U8LioJRdWJB and to the District Council at https://www.nwleics.gov.uk/pages/antisocial_behaviour. If possible please ring the police at the time an ASB is occurring on 101.

"I would like to bring to your attention increasing concerns of local residents regarding antisocial behaviour on the Bath Grounds in Ashby De La Zouch.

There have been a number of incidents in the Bath Grounds concerning the drinking of alcohol and vandalism, especially directed at trees, over the last few weeks, especially at the south street entrance where benches are situated. These have been reported to the local Ashby Police and the Town Council by the Friends of the Bath Grounds Committee.

One of our committee lives at Rawdon Terrace and is getting increasingly intimidated by the gatherings around this area, as it is right on the other side of their fencing.

The most recent incident happened around 8pm on July 12th 2014.

A number of lads/girls aged between 16 and 25 years were sitting on these benches in the Bath Grounds drinking out of glass beer bottles - with a couple of boxes of bottled Budweiser on the benches.

As well as being loud and intimidating, they were also throwing bottles around causing them to smash.

One of our members also witnessed a girl urinating at the back of her fence gates and later discovered that this person had changed sanitary towelling and had left the dirty sanitary towel by her gate.

Numerous empty cans of beer/ glass bottles have found on park over last few weeks and people have been seen drinking on park.

This situation has been escalating, and we are keen to see the police take positive action to ensure that the no alcohol policy on the Bath Grounds is effectively enforced."

Many thanks to everyone who attended our fundraising quiz at the Plough on the Green in Ashby last Thursday night (3rd July). You helped us raise £90! This will help us continue the campaign against building on the Bath Grounds and help us develop our footpaths project.

The Planning Applications for the 5 houses on the Bath Grounds and the Royal Hotel extensions have both been delayed again for consideration by the District Council. We believe this is because there have been some major objections lodged by important consultees such as Sport England and English Heritage, as well as ourselves, and the developer is looking for ways to get them to change their minds.

The applications whill not now be consdered by the District Planning Committee until Tuesday 5th August 2014 at the earliest.

Come along to our Fundraising Quiz Night 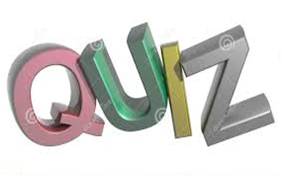 We have just heard that the Bath Grounds planning applications will NOT be considered at the May planning committee.  The next committee is on 10th June.  Watch this space for more updates.